What are the Disadvantages of a Cashless Society?

CLICK HERE to save hundreds of dollars every month by learning how to live on a simple budget. You can take my free 2-video mini course where I will give you a simple budget AND show you exactly how to use it!

You may have seen the Facebook (see bottom of post) post going around on social media that went viral about the fears of a cashless society. Many are posting that this post was a rant from the personal finance guru Dave Ramsey, however Ramsey is not taking credit for the post.

At first thought, a cashless society may sound like a good idea. No more having to carry around paper money or coins, you’re less likely to lose your cash or even less-likely to get robbed, right?

And for most of us, we may have already started moving in that direction without even realizing it. Think about how much more we use send money through mobile apps or even how much more we shop online with a card versus just five years ago.

The question you may be asking is what are the disadvantages of living in a cashless society?

The Disadvantages of Cashless Society

Whenever we add in convenience to our lives, we should be asking what are we also giving up? When the United States created Interstates, we also created ghost towns. The invention of internet banking also created a world of hackers. Many could also argue social media has extended our reach but also weakened our relationships.

So, what are giving up when moving to a cashless society?

Banks Have Full Control Over All of Your Money

Money touches every aspect of our lives, and in a cashless society we are giving all of the control over our money to the bank. This is not to say the banks will intentionally do something malicious, but it doesn’t mean they can’t either. Would you be okay with the banks having that much control of your money?

Every Transaction You Make is Recorded

No big deal, right? If you mostly use a credit card today, then isn’t every transaction already recorded?

Yes, this is absolutely true, but right now you still have a choice to have every transaction recorded. However, in a cashless society, you are giving up that choice and someone (or something) can track your every move. There would be no more privacy in a cashless society.

The Government Can Decide What You Can Buy

This is not to say they will, but this does give them the option.

Here’s an example: Let’s say you believe in your second amendment rights which states the right of the people to keep and bear Arms, shall not be infringed. Today, if you are legally capable of purchasing a firearm, you can go ahead and do that.

But what if your government didn’t want you to purchase that firearm? What if they had the power to block your bank account from electronically paying the owner the gun store?

Today you can purchase whatever you want. In a cashless society, you may be limited to what the government (or regulatory agencies) allow you to purchase.

Your Bank Accounts Could Be Frozen (For Your Protection)

This may not sound like a bad thing. If anyone has ever had their wallet stolen, there is peace of mind knowing the credit card company can freeze the card right away to protect you from fraudulent payments.

But what if your bank account was frozen right now and you didn’t have any cash? And what if you didn’t have the option of borrowing cash from a friend or neighbor because there wasn’t any cash available? How would you buy food, put gas in your car, pay rent and keep the lights on?

In a cashless society, a frozen bank account will completely cut you off from functioning in society.

The Scariest Disadvantage of a Cashless Society

I can sum this up in three words: Negative interest rates

This one doesn’t get nearly enough attention and for me it’s the scariest.

What are Negative Interest Rates?

A Negative Interest Rate occurs when borrowers are credited interest versus paying interest to lenders.

Here’s a quick overview: you may have watched the news and seen the federal reserve bank announces an increase or decrease in interest rates.

We saw this during the beginning of COVID-19 where the federal reserve cut interest rates to zero. This increased consumer confidence since borrowers could now borrow at an incredibly low rate. On the flip side, savers also saw a lower return on their money inside savings accounts with the lower interest rates.

You must first understand the banks are in the business of making money, and therefore they can’t make money when interest rates are negative. With that said, the banks would be forced to pass on their increased costs to you, the customer. Most likely this would occur through high fees from the bank to you the customer.

Of course, if this were to happen today you would probably go down to the bank and pull all of your money out, right? It’s better to park your cash in a safe at zero percent interest instead of paying the bank high fees to store your money.

But remember, in a cashless society you don’t have that option. The banking system would have a monopoly over the fees you are charged and without cash to balance out these fees, you would be forced to pay it.

Another way to think of it is an added tax to keep your money safe in the cashless banking system.

CLICK HERE to save hundreds of dollars every month by learning how to live on a simple budget. You can take my free 2-video mini course where I will give you a simple budget AND show you exactly how to use it!

Are There Benefits to a Cashless Society?

There sure are, but how would they stack up against the disadvantages? Here is the argument for why a cashless society would be a good system to move towards.

Lower crime rates could be a possibility if we moved to a cashless society. Drug trafficking, human trafficking, money laundering, and most all other illegal activities would decrease if the only method of payment was being tracked.

However, do you think this would last forever? Would a decreased crime rate really go on in a cashless society?

On the surface it makes perfect sense. Crime rates would lower initially because payment for illegal activity would be difficult in a system that can trace everything. But what about over time?

In 1994 the first online financial transaction occurred. At that time, this was seen as an extremely safe way to send and receive money since there was no physical cash for a bank robber or thief to get at. However, this also led to an entire industry of online hackers who to this day still hack into the most secure servers and steal.

To put into perspective how quickly crime adapts to the playing field, don’t forget about the 15-year old teenager who hacked into the United States Department of Defense from his bedroom in 2000.

Crime may decrease at first, but thieves will figure out a way. They always do.

Less Likely to Lose Your Money

This is true. In a society full of cash, you could misplace your purse or wallet and lose your cash.

However, if we compare to this the thought of negative interest rates, mandatory fees, frozen bank accounts, and the government deciding what you can and cannot buy — all of a sudden losing cash every once in a long while doesn’t seem so bad.

Less Expensive for the Banks

I’m sorry we are not sorry banks.

I can’t argue this at all. Cash isn’t just dirty — it’s filthy dirty.

But is this a good argument to move to a cashless society? No, and here’s why.

Cash is definitely dirty, but so are shopping carts, soap dispensers, birthday cakes, hand rails, elevator buttons and your purse. But you know what is dirtier than all of those things just mentioned?

Hint: It’s the same thing you will be paying with in a cashless society. Your phone.

For anyone that thinks its. No big deal for businesses to request payments to be digital or in exact change…. This…

Dave Ramsey Says Not Me

First off, this post is NOT from Dave Ramsey. Although it sounds a lot like something Dave Ramsey would say (and he most likely is against a cashless society) — he is not taking credit for it.

At first glance, a cashless society doesn’t sound too bad. In fact, for many you may think it is no big deal. But after looking over the details closer, you can see what you are gaining is nowhere near what you are giving up.

The Best Way to Manage Your Everyday Cash? 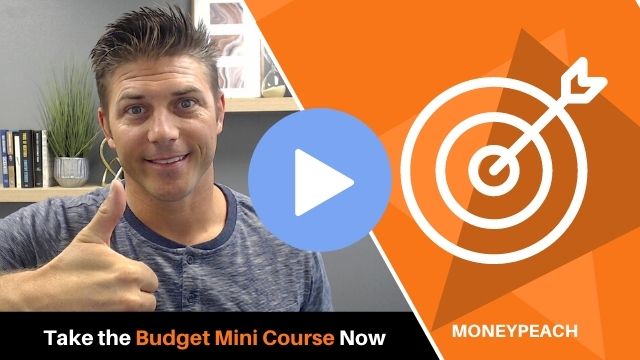 The biggest raise you will ever get in your working lifetime is the day you start telling every dollar what to do in your life. Think about this: If you could save $500 per month by just paying attention to your money, this is $6,000 every year. In 10 years, this is $60,000 saved!

What could you do with an extra $500 per month? Would you save up for a vacation or big purchase, pay off debt quicker, or build wealth faster?

I have put together a free mini course where I will give you the free budget and then walk you step-by-step to show you exactly how to use it.

This is the same budget I have used for the past ten years and is the number one reason why we have paid off all of our debt, saved a ton of money, and built wealth.

It’s all yours — you will LOVE it!